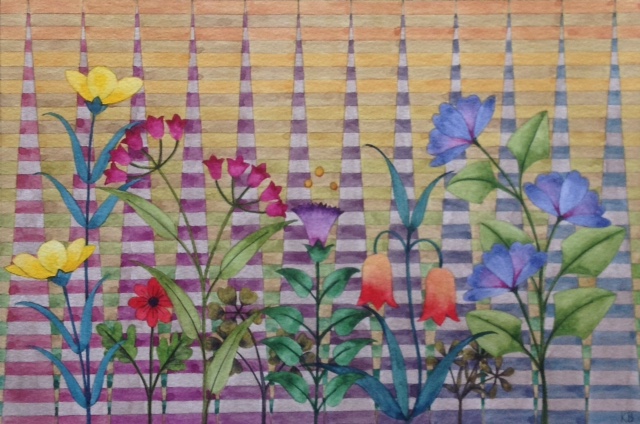 I graduated from Winchester School of Art in 1984, having completed a degree in Textile Design. Afterwards I was fortunate to become a textile designer working in London for Colefax & Fowler in the studio, where I benefited from the tuition of George Oakes.

In 1989 I moved to New York where I worked for 10 years as a textile designer at Clarence House and then as design director at Travers.

I now live and work in a small Hampshire village where I teach classes in my studio, teach at Marlborough Summer School and tutor other large groups from time to time.

The textile design influence is obvious in most of my work as there is always a lot of pattern and an attempt to balance colour and tone. I build up images, trying to create balance and order out of some chaos and stylised leaves, plants and flowers.